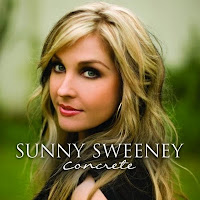 Music fans were in for a real treat in 2011. Throughout the year, it appeared that the country music industry was producing a quality product. The growing trend of releasing parts of albums, called EPs, has declined as fans were more inclined to purchase albums as a whole. Here are our best country music albums of 2011 in no particular order:
Sunny Sweeney – Concrete: From the moment the listener hear the album, they will realize that this is the best relief of therapy that a psychologist could never provide. While overcoming heartache and a divorce, Sunny Sweeney puts it all on the line with this album. The album has garnered a couple of hits, including “From a Table Away,” “Stayin’s Worse Than Leavin,” and the current hit “Drinkin Myself Single.” When you want to hear honest country music, you want to hear the sounds of Sunny Sweeney.
Top Song Cut: Fall for Me
Ashton Shepherd – Where Country Grows: Ashton Shepherd came to Frankfort, Kentucky, for her album release party during the summer. The sophomore release produced by Buddy Cannon, was country at its best. What you see and hear is what you get. Ashton Shepherd takes not prisoners with her southern charm. Channeling her inner Tammy Wynette, Shepherd sails with “I’m Just a Woman.” The Angaleena Presley written song, “Look It Up” opened up the ears of the country fan.
Top Song Cut: That All Leads to One Thing
Pistol Annies – Hell on Heels: Miranda Lambert joined hit songwriters Angaleena Presley and Ashley Monroe to form Pistol Annies. The side project for Lambert proved to be a success. The Kentucky connection and background is relevant thanks to Angaleena Presley. The album itself could have been a self-release by Presley with the other two on backup.
Top Song Cut: Housewives Prayer
Waylon Jennings: The Music Inside Volume 1: Over the years, there have been many tributes to legendary singer Waylon Jennings. However, none of those have exceeded the expectations of this special project. Produced with the touches of both Jessi Colter and Shooter Jennings, the album was done in taste with those that know how to embrace Waylon Jennings legacy. Three volumes were produced, with Volume 1 released in 2011. Jamey Johnson, Randy Houser, and Sunny Sweeney are a few that add their own blend of Waylon tunes but keeping in tradition.
Top Song Cut: This Time as performed by Jamey Johnson

Jessica Blankenship is the owner and founder of Kentucky Country Music website with over 20 years experience in music journalism, concert planning, photography, and promotion. Jessica is a Kentucky Colonel and alumni of the 2019 Leadership Kentucky BRIGHT Class and a recipient of the Laurel County’s Ten Under 40 Award. Listen to her each week on WFKY on Friday mornings for the Nashville News Roundup.

This site uses Akismet to reduce spam. Learn how your comment data is processed.